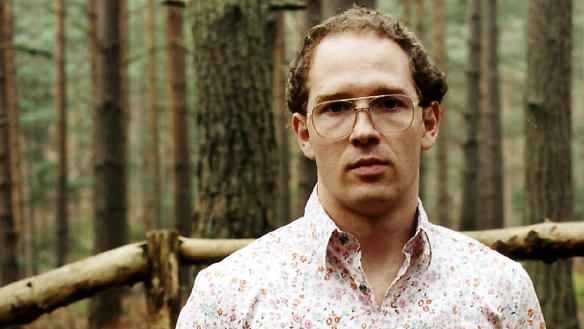 How has it been for Caribou supporting Radiohead’s tour?
Obviously, all of us in the band are fans, and have been for a long time, so that’s really amazing to get to know them all. They’re all so lovely. And we were picked by them, not by their agent or their manager or somebody who thought, “This would be a good marketing ploy.” They wanted us to play before they played. Even to the extent that for some festivals around Europe, they said, “We’re going to headline, but you have to offer the set before us to Caribou,” which is an amazing thing for them to do. Also, playing two nights to 60,000 people in Mexico City is an experience unlike any other. We’ll never get that again, for sure. That scale is absurd.

Have you had to adapt the band to playing venues that size?
It’s an opening slot, so it’s shorter than we’d normally play. In the beginning, we were like, “We have to play the hits.” We were a bit terrified. But it turns out that of all the bands of that size we could open for, their fan base is the most musically interested in other things. Maybe it’s because we’ve been approved by Radiohead, in some sense, but people are interested in what we want to do. Now we’re starting to play longer sets; I think we’re just going to start playing weirder stuff and whatever we want. We’re back into being comfortable and doing what we want, which I think is the best thing to do anyway — not to worry about “maximizing exposure.” That’s not why we’re doing this.

I know Mark Linkous of Sparklehorse, who opened for both Radiohead and R.E.M., was doing an experimental set while opening for R.E.M., but had to change it to a rock set because he felt like it wasn’t going over well in Europe. I can’t imagine you’d have to do that.

I think, and I’m sure this is true of R.E.M. fans to some degree, but Radiohead fans are pretty open-minded. I’ve had friends who have had terrible experiences opening for huge bands. I thought that could happen possibly with us, but Radiohead fans are largely music nerds, and the Mexico City shows were just amazing. The crowd was great. We’re not playing a long set, and we’re playing the most kind of explosive songs we have. It’s kind of the most fun way to do it. We don’t want to intrude upon everyone. We want to make it a good atmosphere, and we just started touring with a lighting engineer, and at that scale it’s very crucial so the people in the back can see. The people in the back can see Radiohead, because their images are projected, but we don’t have that, so the only way they’re gonna see it is with the lighting, and the guy doing it is amazing.

Yeah, big shows have to be a completely different experience for you.

I never go to big shows, so it’s amazing to watch Radiohead play every night, and see how music works at that level, because it’s rare. I sometimes go to a festival, but I’m normally at tiny little shows.

A lot of fun for me is just seeing these kids responding to the music. They get really excited. It’s just a huge deal for them.

When I began speaking to Snaith, he actually asked the first question: “Pynchon?” he said, pointing to a tattoo on my arm, taken from an illustration in the author’s The Crying Of Lot 49. Snaith had been introduced to the symbol during his tour with Radiohead (a band who co-opted much of the imagery from that novel), and he later read and grew to love the book.
— Stereogum, avril 2014

After Caribou’s shows with Radiohead, Snaith would book DJ sets at local clubs, often bringing along his friend Thom Yorke. “I talk to Thom enough to know that he really loves DJing,” Snaith says. “He’s not, like, just finishing a show and that’s it, back to the hotel. So I’d say, ‘Hey, Thom, do you want to come play some music at these clubs?’ That was really fun, just showing up with him.”
— Rolling Stone, 4 août 2014
Previous post