the stage piano is a Kemble U1 silent which is basically the insides of
Yamaha piano, built in to a case constructed and assembled in Germany,
it works well and is useable as a normal acoustic piano or , with the
centre pedal locked in, it lifts a bar across so the hammers donâ€™t
strike the strings and will trigger a sampled Concert Grand which can be
sent to headphones or mixer / pa system……………We use a
combination of all possible outputs and use mic / transducer and sample
all blended together which works well and sounds better than ever


Just in case anyone was curious about the piano. I was onstage in
Bristow and took this shot while I was tuning it. It surprised me that
it wasnâ€™t a Yamaha. Guess I expected almost all Rock/Pop artists to play
Yamaha.

This is a nice Kemble piano, responsive action, great tone. Iâ€™ve seen a
few Kemble pianos in my career and they seem to be a very nice piano.

There were pickups mounted (taped to the plate) under the strings for amplification and digital sampling as well. 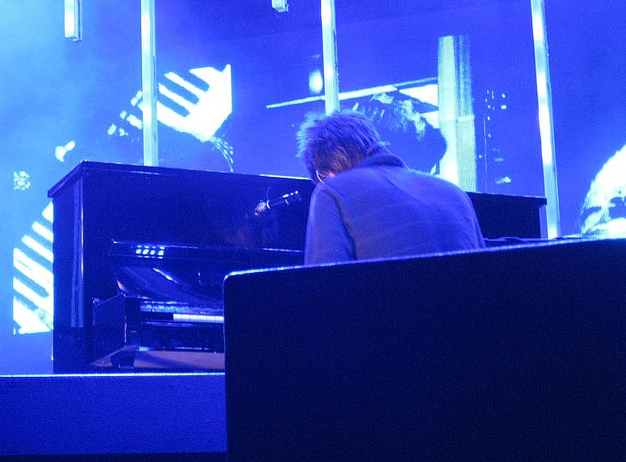